The Model Gallery is one of the places that we quite regularly visit with the children of SSP.

Olivia has written a report about her experiences when we went for a tour through the Gallery, which was also followed by a Science Workshop. This was organised as part of the Science Week for the older children.

Our Visit to the Model

Yesterday our class went to the Model because it was Science Week and because there was an art exhibition.

At 9.30am, we got ready and we had something to eat before going to the Model. At 9.40am we started walking and we arrived there at 10am. When we arrived, we sat down and left our coats on a bench and waited until Barry came.

Barry guided us to a dark room with seven pictures and they were all by Jack B Yeats, WB Yeats’ brother, and he told us about Jack’s life and his father’s life. Jack’s father, John, was also a painter. Barry told us that the paintings were part of the Niland Collection and that there were 50 paintings in that collection.

After that we went for a walk outside the Model because the guys that were going to do the science experiments needed some time to prepare. Deirdre told us that at one time, our school was supposed to be in the Model building and that our school used to be situated behind the Model in prefabs.

We went back inside the Model and two guys were waiting for us to do the science show. Their names were Barbara and Steve. They were really funny and their experiments were fantastic. Every single time they did an experiment, Steve cheated and when he appeared with an experiment, Barbara vanished and got something like his but way bigger.

After the show, we walked back to school. I was really tired but I enjoyed our visit to the Model.

There has been a continuous engagement with the offers of the Model Gallery in the past, like for example the day when the children had an opportunity to explore the world of masks and myths.

A story-teller told two stories and used masks and other props to help her. After the stories were told, the children had time to look in more detail at the masks and try them on. They were quite impressive as you can see in the photographs. Unfortunately, there was no time for the children to create their own masks but I’m sure we will manage that ourselves in school.

Here you can have a look at the pictures and also read Michael’s report: 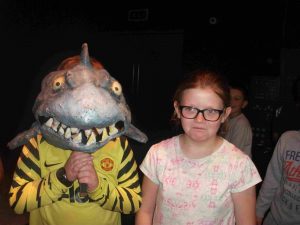 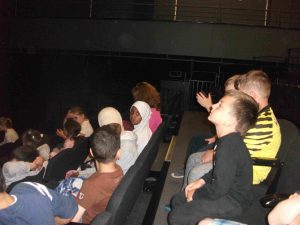 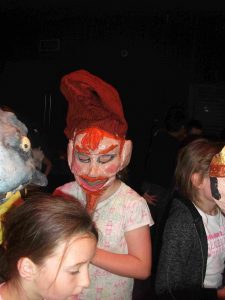 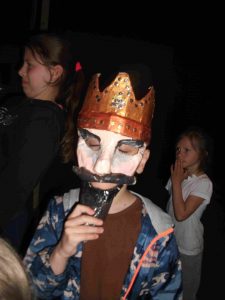 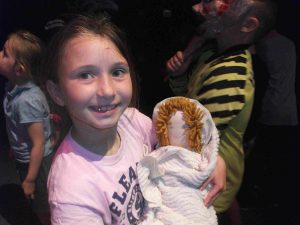 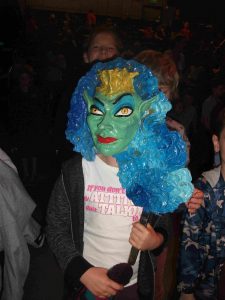 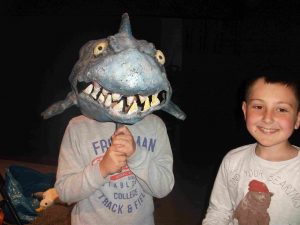 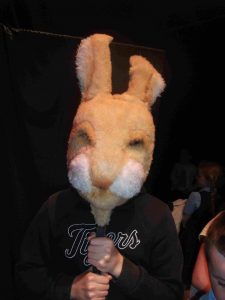 Today we went to the Model Gallery to see a show. A lady told us two stories. She had lots of masks to help her tell the stories. The first story was about a wicked cat. The cat could talk and it was very bossy. A strange man on a horse tricked the cat.

The second story was about a man and a mermaid. The man’s name was Fionn. He saw a naughty lady on his way fishing. She said that she knew which fish he wanted to catch. She gave him some bait to put on his hook. She told him to go to the black lake. When he was standing on the rocks, something pulled him into the black lake. He met a mermaid. He had to fight three sharks. When he managed to beat the sharks, he got out of the lake.

After the stories, we got to see the masks and try them on. Deirdre took some pictures of us.

I enjoyed the visit to the model.

We also went to an exhibition and workshop in the Model Gallery about the history of play. It was inspired by the educator Friedrich Froebel who advocated that children learn through play. In Sligo School Project, we appreciate the importance of play in children’s lives and we ensure that play in incorporated into the children’s learning as much as possible. As is clear from the photographs, the children very much enjoyed exploring all of the play equipment in the Model and they showed how creative they can be. It was a great experience for everyone involved. An added bonus was the hot chocolate that the children enjoyed. 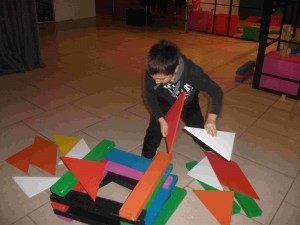 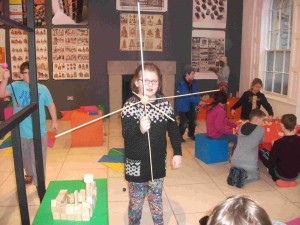 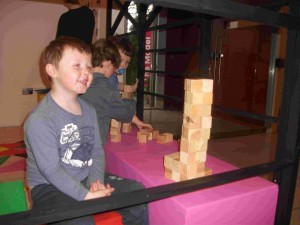 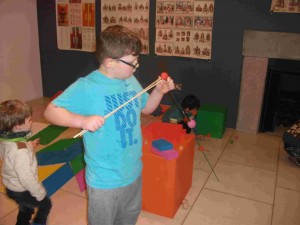 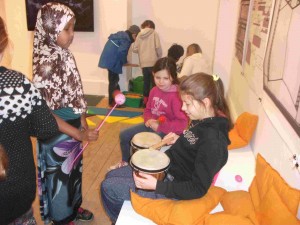 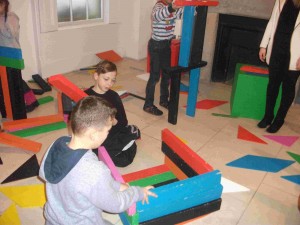 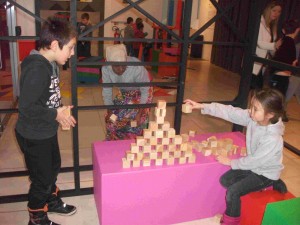 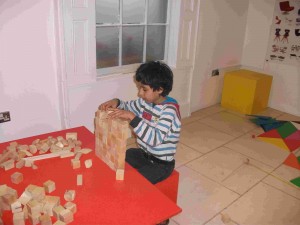 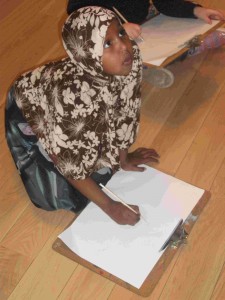 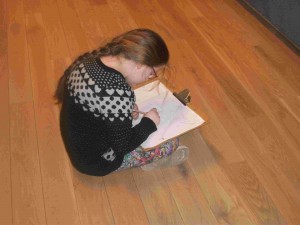 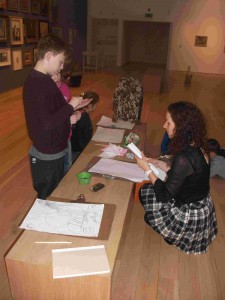